Thought from Rolf about this project

«What would you do if there wasn’t any music?»

«I would die. One of the things that keeps me alive is music.»

In East Anglia, on the coast of south west England, a boat grave was made: the «Sutton Ho». In the remains at The British Museum in London, there is a lyre whose origin, according to British Music Archeologists, presumably was derived from somewhere around lake Mälaren in Sweden.

Which came first; the hen or the egg?

How are tales containing important messages for surviving, in a society with an oral tradition connected to music, or the opposite; how much do you remember the lyrics because you know the melody? How important has music been for young people, grown-ups, middle agers, and old people; or frankly spoken – how has music brought the generations together?

What function does the rythm play along with the melody if you need your baby to sleep?

There are no obvious answers, but people have asked these questions before.

In a cd where I am filled with questions regarding musicological thoughts mixed with some scientific articles I read about research on the brain, and the idea that man, in every occasion, would want to listen to beautiful music; I ask myself:

Exactly what is so beautiful in music so that I really want to listen to the lyrics? How can I create harmonies in a simple way? To what does music lead us to think about, and in what way does music prevent us from thinking «other thoughts»?

Lullabies are said to be incantatory. Do we want music to help us in order to make things happen in a certain way? Was it more like this in the past just because it was more necessary then?

Here we ask ourselves along with the contents of the cd:

During The Viking Age; How could you use a lyre along with the singing of tales that were important in order to survive?

If you would like to read about the culture of the Vikings, NOT HBO style; check out: The Fellowship of Kvasir. 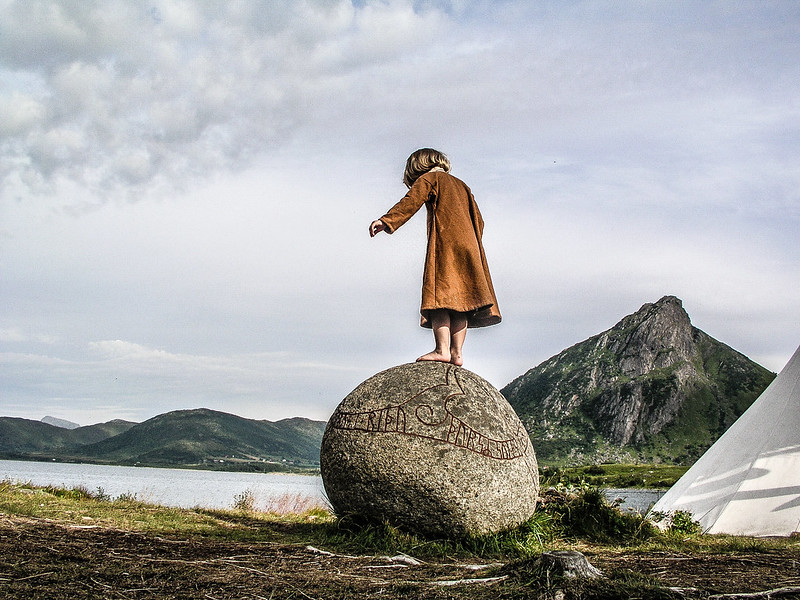